INITIAL REPORT FINDS: Planned Parenthood’s quiet relationships with many faith-based schools flies under the radar of many engaged at colleges and universities. Schools partner with Planned Parenthood by listing them as a student resource, publicizing internships and careers with the abortion giant, and more.   “There is an unholy partnership between a number of Christian schools and the abortion industry,” said SFLA’s Kristan Hawkins, “but Students for Life is mobilizing pro-life advocate nationwide to cut ties with the nation’s number one abortion vendor.”    WASHINGTON D.C. (3-3-2021) Students for Life of America (SFLA) is working to identify and document every Christian school in

The Negro Project was initiated in 1939 by Margaret Sanger, founder of Planned Parenthood. It was a collaborative effort between the American Birth Control League and Sanger’s Birth Control Clinical Research Bureau. For a eugenist, it wasn’t controversial, it was integral to the implementation of eugenics to eliminate the ‘unfit’. Eugenics is “the study and practice of selective breeding applied to humans, with the aim of improving the species.” 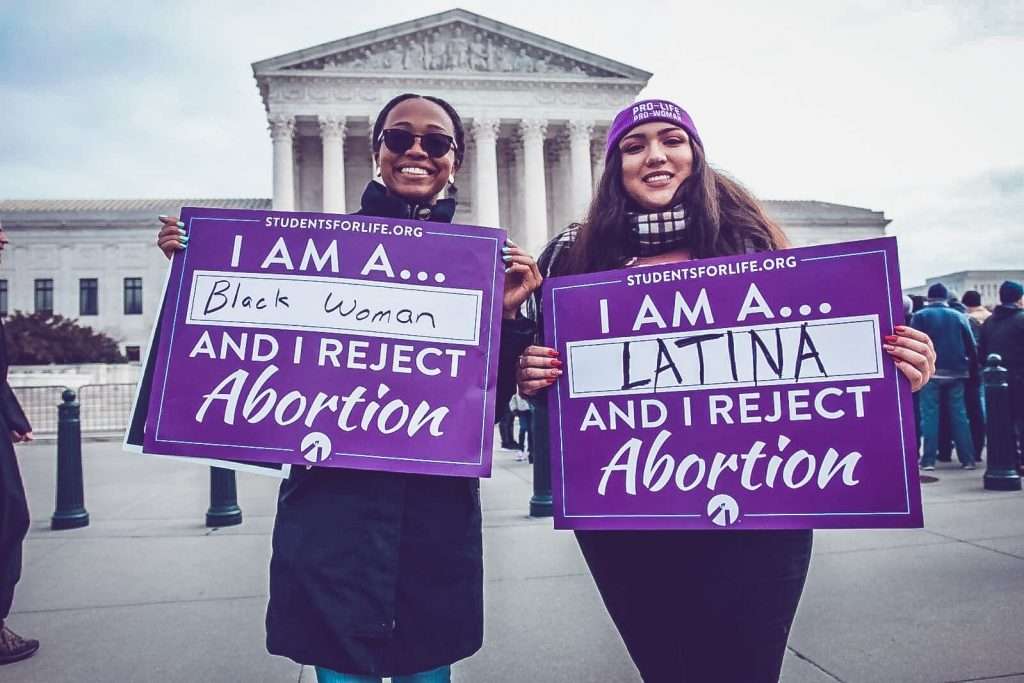 Negative eugenics focused on preventing the birth of those it considered inferior or unfit. This was the foundation of Sanger’s Birth Control Policy and advocated throughout her writings, speeches, and her periodicals including “Pivot of Civilization”, “Plan for Peace” and countless Birth Control Review articles. The pseudo-science (racial hygiene theory) of negative eugenics influenced social policy and eugenics-based legislation (Immigration Act of 1924, segregation laws, sterilization laws) and led to the racial hygiene theory adopted by the Nazis.

Noted eugenicist, Eugen Fischer, was funded by The Rockefeller Foundation (one of many same organizations that also financially supported Sanger’s work), was responsible for the Nazi adoption of racial hygiene theory at the Kaiser Wilhelm Institute that led to the eugenics implementation of The Holocaust. The connection between American Eugenics and the horrors of Nazi Germany are irrefutable. The preponderance of evidence of where Sanger wanted to go (although she decried the atrocities of The Holocaust after WWII) shows the ignorance and naivete of Eugenics philosophy and its eventual conclusion, left undeterred.  The Negro Project was but a precursor to what eugenicists wanted to implement on a much larger scale. 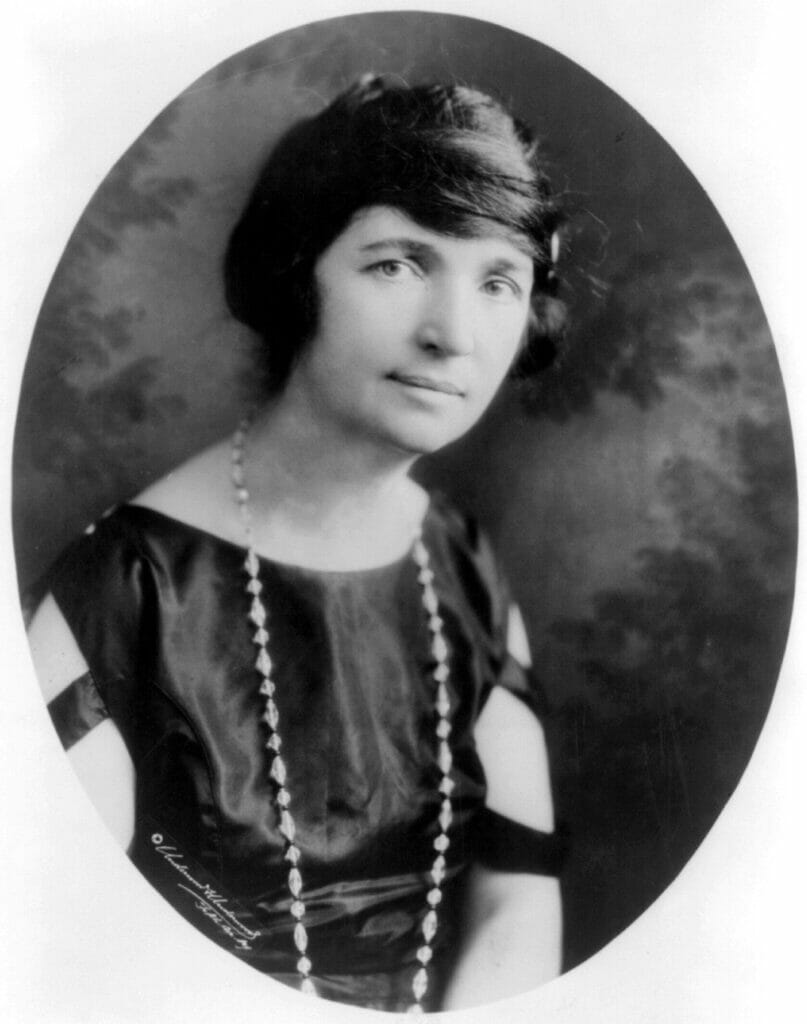 “The main objectives of the [proposed] Population Congress is to…apply a stern and rigid policy of sterilization and segregation to that grade of population whose progeny is already tainted, or whose inheritance is such that objectionable traits may be transmitted to offspring.”

This is the same Sanger who persuaded a few reluctant, yet incredibly influential, black ministers to join in her Birth Control movement. To dispel the rising doubts among those who objected to Birth Control on religious and moral grounds, Sanger wrote that “the ministers work is also important…offering to train him in their ideals because “we do not want word to go out that we want to exterminate the Negro population and the minister is the man who can straighten out that idea if it ever occurs to any of their more rebellious members”. 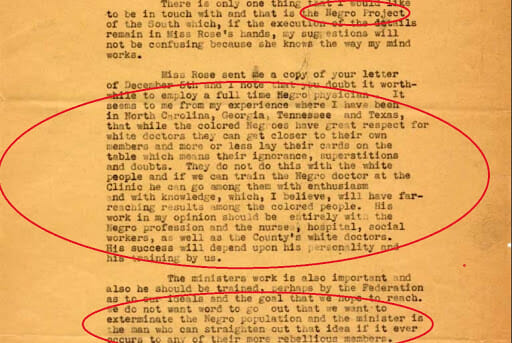 With the help of elite and famous African-Americans Mary McLeod Bethune, W. E. B. DuBois, and Rev. Adam Clayton Powell, Sr., the Negro Project was able to be sold as a solution to poverty and “high” birth rates. It is crucial, however, to understand this endeavor in conjunction with Sanger’s dominant efforts of ‘eliminating the unfit’ and her hatred of charitable organizations.  She devotes an entire chapter on charities and how those who finance them “are dropping millions into rosewater philanthropies and charities that are silly at best and vicious at worst.”

“Organized charity itself is the symptom of a malignant social disease…Instead of decreasing and aiming to eliminate the stocks [of people] that are most detrimental to the future of the race and the world, it tends to render them to a menacing degree dominant.”

Black Children are an Endangered Species

Here is the simple truth.  The intent of Sanger’s Negro Project is firmly intact. Nearly 40% of all African-American pregnancies end in induced abortion. This is by design. Abortion kills more black people than the seven leading causes of death combined (heart disease, cancer, strokes, accidents, diabetes, homicide, and chronic lower respiratory diseases) according to CDC data. The African-American abortion rate is 3x that of the white population and over 2x that of all other races combined. Sounds like a crisis, doesn’t it?  The media has been mostly silent. Our churches are mostly silent. But the truth screams loud and clear. Under the false liberty of ‘reproductive freedom’ we are killing our very future.