Fernanda Urbina is a Students for Life Wilberforce Fellow from the University of Texas El Paso. Despite being in the process of immigrating and becoming an American citizen, Fernanda is an active leader of the Pro-Life Generation. “If you are like me and are unable to vote, don’t be discouraged. There is SO much you can do. You can do activism, rallies, and peaceful protests. It’s the little things that count. Reach out to your SFLA Regional Coordinator – they are here to help. You can brainstorm ideas as to how you can make a difference. We all have

Vandals with Zero Creativity Mess with Chalk in Louisiana

While student members of the Pro-Life Cajuns group at the University of Louisiana-Lafayette encourage voters with life-affirming chalk messages, they’re met with suppression and vandalism. Such is yet another attempt to silence pro-life students who want to use their voices to speak out in favor of the preborn, while also informing their peers about the issue. As the election quickly approaches, there are also calls to support Amendment 1. 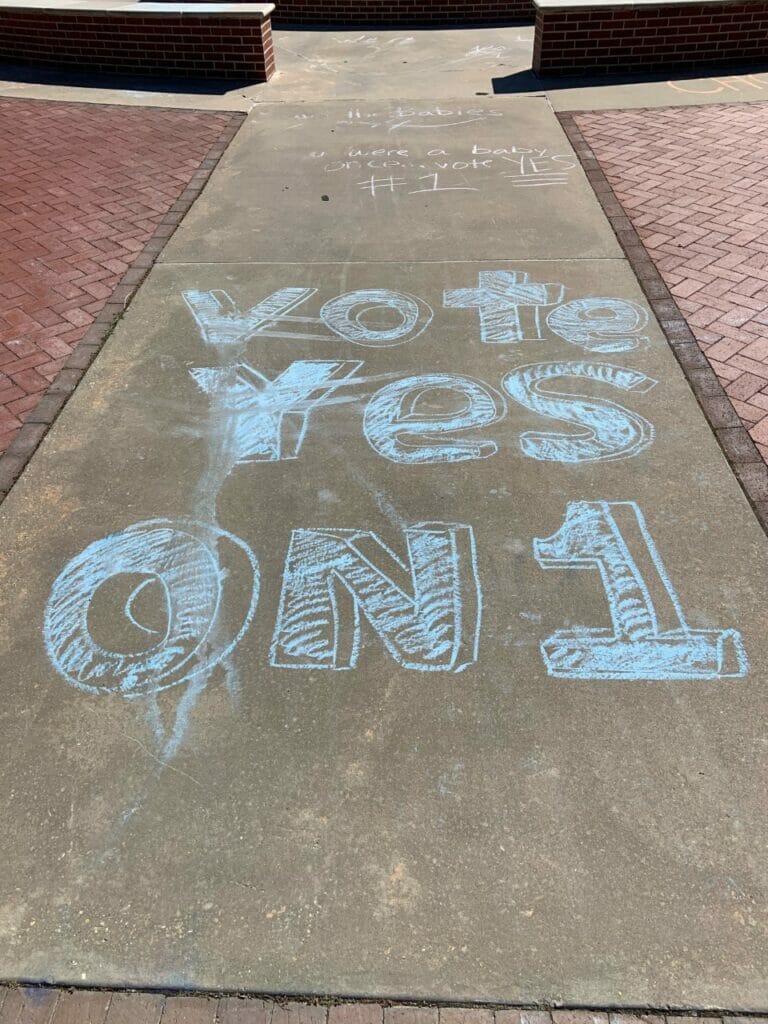 In preparation for a post-Roe America, Louisiana voters this election cycle have the opportunity to vote on Amendment 1. Passing the legislation means adding the following to the Louisiana Declaration of Rights: “To protect human life, nothing in this constitution shall be construed to secure or protect a right to abortion or require the funding of abortion.” If such a common-sense constitutional amendment were to pass, once Roe v. Wade is overruled, the people of Louisiana would be rest assured that they would be the ones deciding abortion laws through their elected legislators, rather than unelected judges. Such an amendment is necessary to protect voters of this state from the courts which could otherwise find the so-called right to an abortion in state constitutions.

Student members of the group Matthew Mayer and Bailey Mannina shared details of these incidents occurring throughout the month of October with Students for Life of America. Both described how pro-choice students would curse at them, harass them, and toss water on their chalk messages. Mannina shared that they have had “other people pass by when we are chalking and saying things like ‘I can’t wait to wash this off later’ and such.” Not only are other students willing to erase these messages, they have no shame about it.

Subsequent messages were also vandalized. “I think they’re looking for an excuse to simply hate,” Mayer said about the vandals. “Now the pro-choicers are writing indecent images and hate speech towards the pro-lifers,” something Mannina also mentioned. “I liked how they wrote that we hate those with a different sexual orientation, Hispanics, and women. I am Hispanic!,” Mayer further shared. Not surprisingly, these abortion activists don’t even bother learning more about the people they claim to be speaking for; if they did so, they would see that being pro-life knows no limits on demographics. 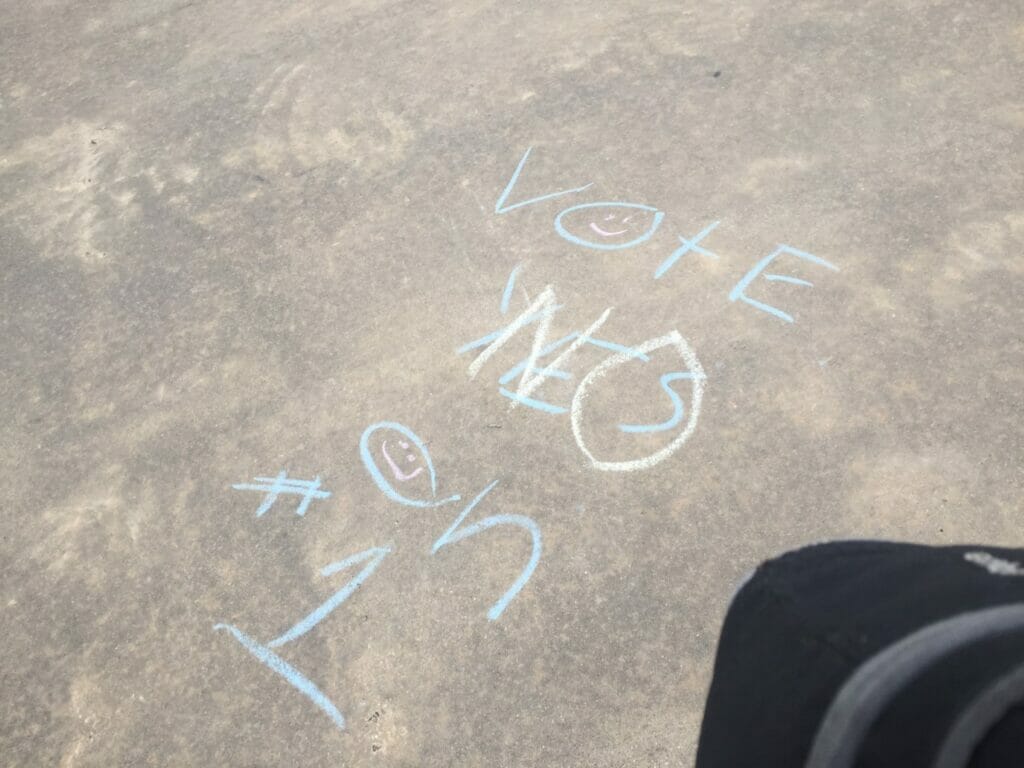 Further, it’s hard to see what actually is offensive about these chalk messages and forms of activism. Mannina told Students for Life that chalk messages had to do with “women’s resources, the First Amendment, suicide prevention, and human trafficking.” Seriously, this is something they’ve actually had resistance over.

Not only is Louisiana a pro-life state—where 70 percent are pro-life, according to a 2019 poll—it is ranked as the most pro-life state. Yet the Vermilion, the student newspaper at the university, won’t even feature the pro-life perspective when discussing the constitutional amendment. There’s no mention of the Pro-Life Cajuns, their student members or leaders, social media campaigns, or an argument in favor of Amendment 1. There was thus no news about how pro-life flyers and chalk messages in favor of Amendment 1 were torn down and wiped away. “I’m not aware of anytime that we have been in the student newspaper in recent years,” Mannina shared.

While they were met with backlash, Mannina had some hopeful updates in that other students joined the Pro-Life Cajuns, including and especially after all of the hate.

“We have not tried to suppress anyone’s opinion, but people are trying to suppress ours.” That’s another thing; despite the hatred against pro-lifers, they don’t act in kind. They just want their voices for the voiceless to be heard. She also exuded hope in that such suppression “doesn’t stop us from continuing to spread positivity and trying to create a culture of life here on UL’s campus, because all life matters.”

Of his interactions with pro-choice students, Mayer spoke of “lesson to learn here is for Pro-lifers to not lose their cool” and that “when reasonable people see how you maintain composure while the opponent is freaking out, they will more likely see you as a better arguer and may even take your arguments into consideration.”